The Brussels Motor Show, better known locally as ‘Het Autosalon’ or ‘Le Salon de l’Auto’, has been held in the Belgian capital nearly every year since 1902. Car enthusiasts travel from all around the world to see the latest developments in the automotive industry up close. This year the show attracted over 540,000 visitors. This January, the Van Straaten Group and the leading Belgian stand builder Conceptexpo provided the decoration for the impressive show stands for Porsche and Ferrari. 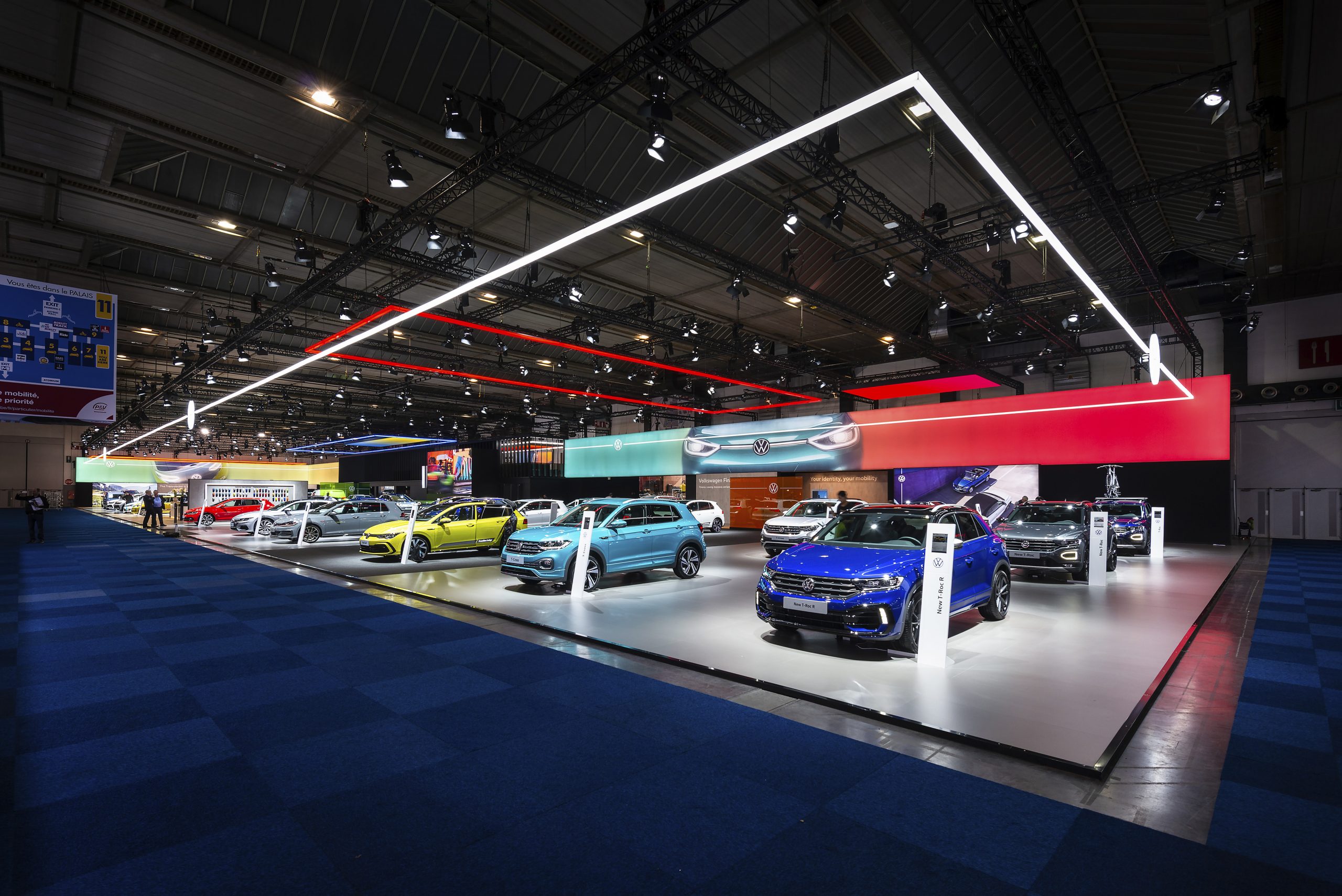 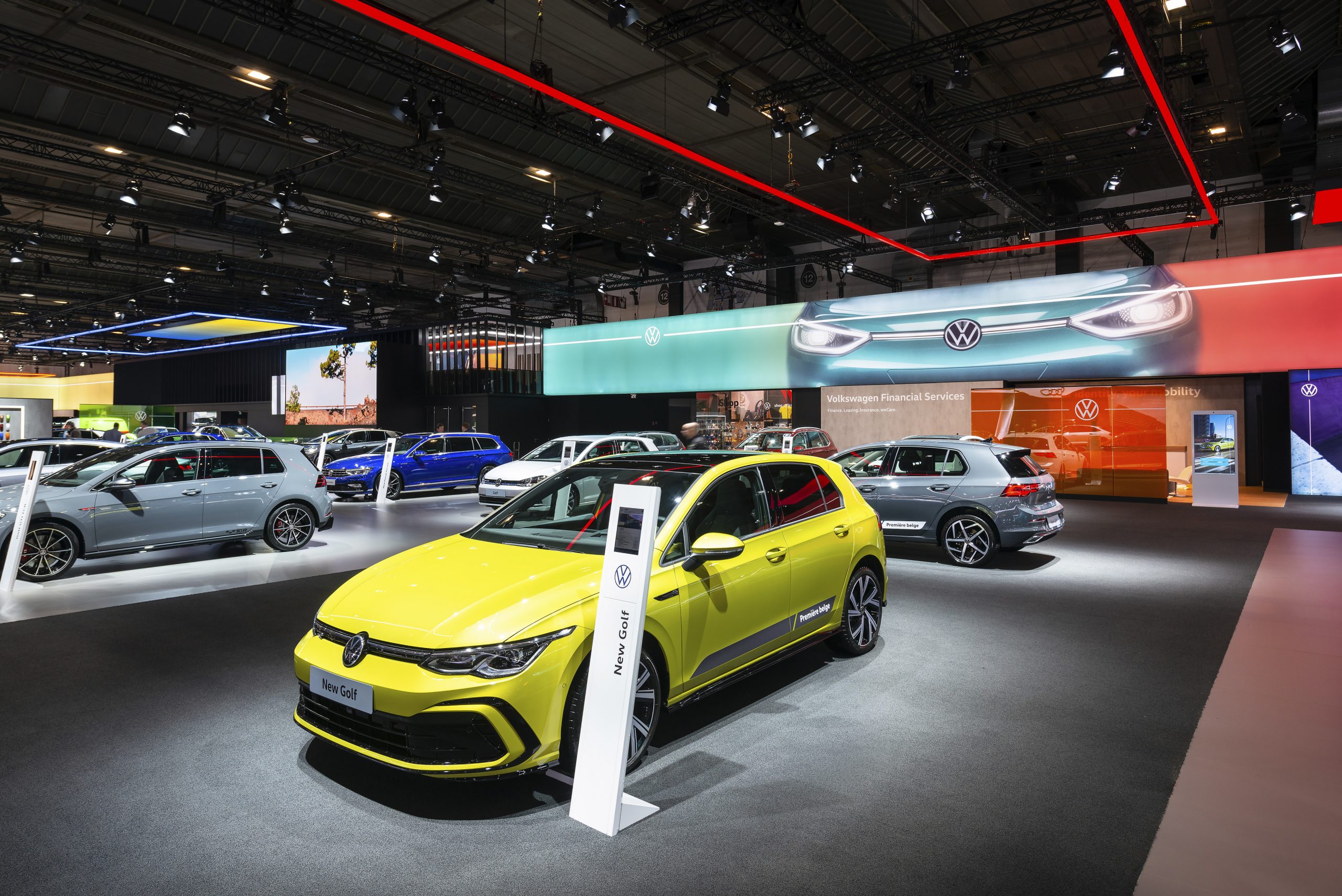 Conceptexpo has worked on aluvision spatial design projects throughout Europe for over 25 years. Thanks to its extensive experience in the private and institutional sectors, in recent years the company has developed into one of the leading European stand builders. During this period, Conceptexpo has worked increasingly intensively with Van Straaten, which owns the largest sublimation printer in the world: the Durst Rhotex 500. Thanks to this printer with its 16 feet wide capacity, we don’t need to think within limitations when designing the best trade show booths, because almost anything is possible.

In the run-up to the Brussels Motor Show this year, all involved parties had several brainstorming sessions to develop their ideal trade show booth. This booth had to take into account the level of expectations of international car enthusiasts, who are regularly presented with visual marvels at similar events. This meant that the audience at this show had to be blown away and only top materials worthy of luxury car brands like Maserati, Lamborghini, Bentley, Porsche, Ferrari, McLaren and Bugatti could be used. Something van Straaten is capable of.

‘Due to the short turnaround time for this project, we selected Blockout Textile UV as a visual branding solution. This is a lightweight 16 feet wide polyester material with a black reverse side that completely blocks any backlight,’ explains Niels van Straaten, CFO of Van Straaten. ‘The use of UV inks makes it possible to produce faster, which was really important for this particular project.

For the visuals, beMatrix aluminum extrusion frames were used in combination with Silicone Edge Graphics (SEG; high-resolution dye-sublimated fabric graphics finished with a thin silicone strip). ‘This system in combination with the short lead time gave us the widest range of options’, explains Niels van Straaten ‘Because of the way our branding solutions are applied to extrusion frames, it’s a ‘keep the body, change the skin’ design. There are endless possibilities. If you reconfigure the existing frames, you can create an entirely new booth. This allows you to be keep costs down and still be creative. In general, SEG frame systems are in good hands at Van Straaten. Not only do we have our own proprietary aluminium extrusion profiles, our expertise also allows us to be long-term partners of smart modular aluminum system providers like beMatrix. This way of building booths really is second nature to us.’ 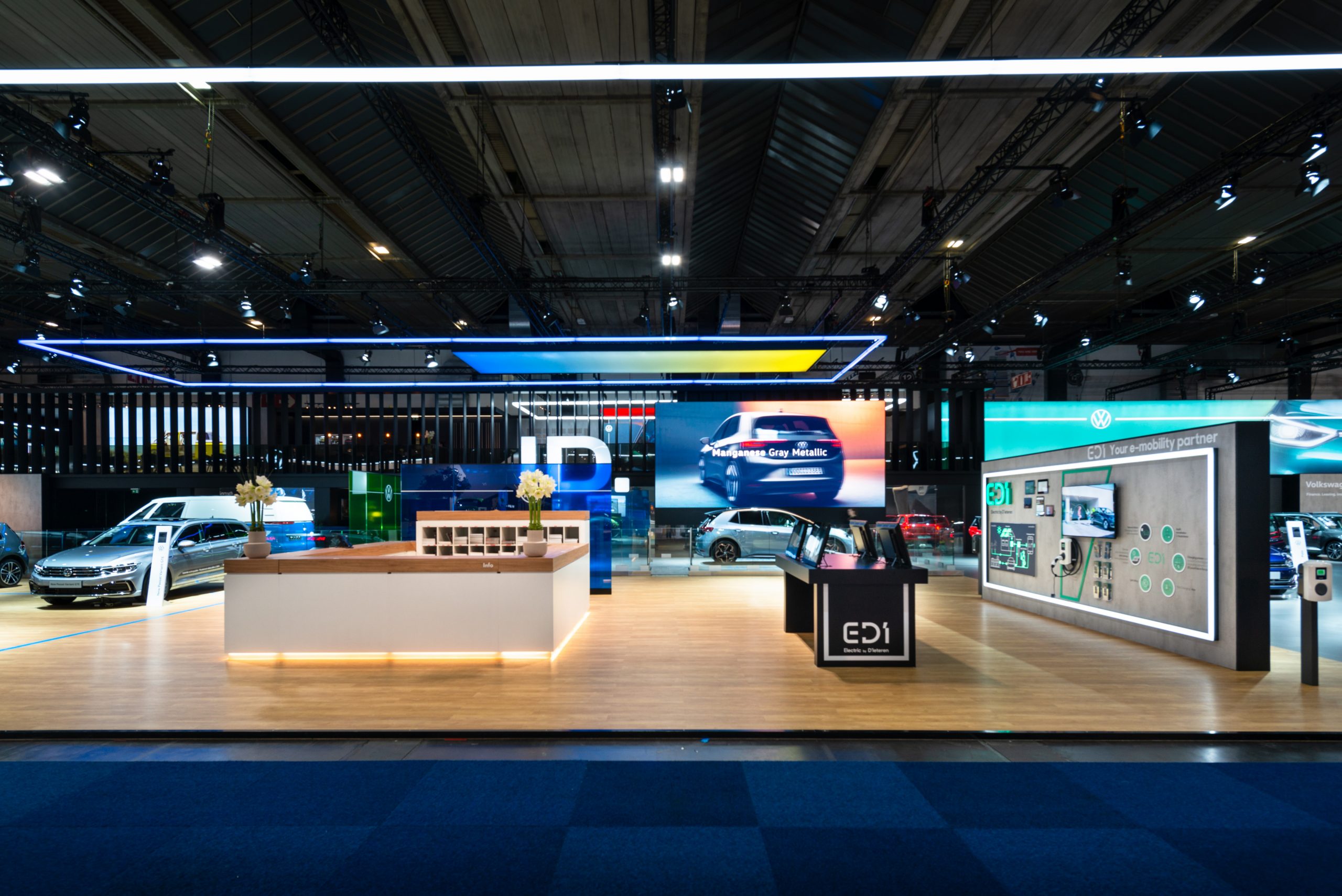 Our selection of materials have been thoroughly tested, and are all flame retardant, to guarantee safety, consistency, and quality.

To achieve high end quality, our focus is on every detail, and they are executed with finesse, using top quality computer aided machines.

To best support our customers, and help them visualize their ideas for interiors, we have a team that can provide professional 3D visualization.