The newly opened museum, located in the former capital of the Confederacy during the Civil War, is situated by the James River in a beautiful building that connects old and new. The exterior of the building demonstrates that perfectly. A modern glass building connects to the old brick walls of Tredegar Ironworks, which produced much of the heavy artillery for the Confederacy. Inside the building the exhibit starts, and a beautiful visual story of The American Civil War Museum Exposition is told by numerous beautiful displays, showcasing a lot of historic artifacts and details that will even excite those that have visited numerous other war museums. 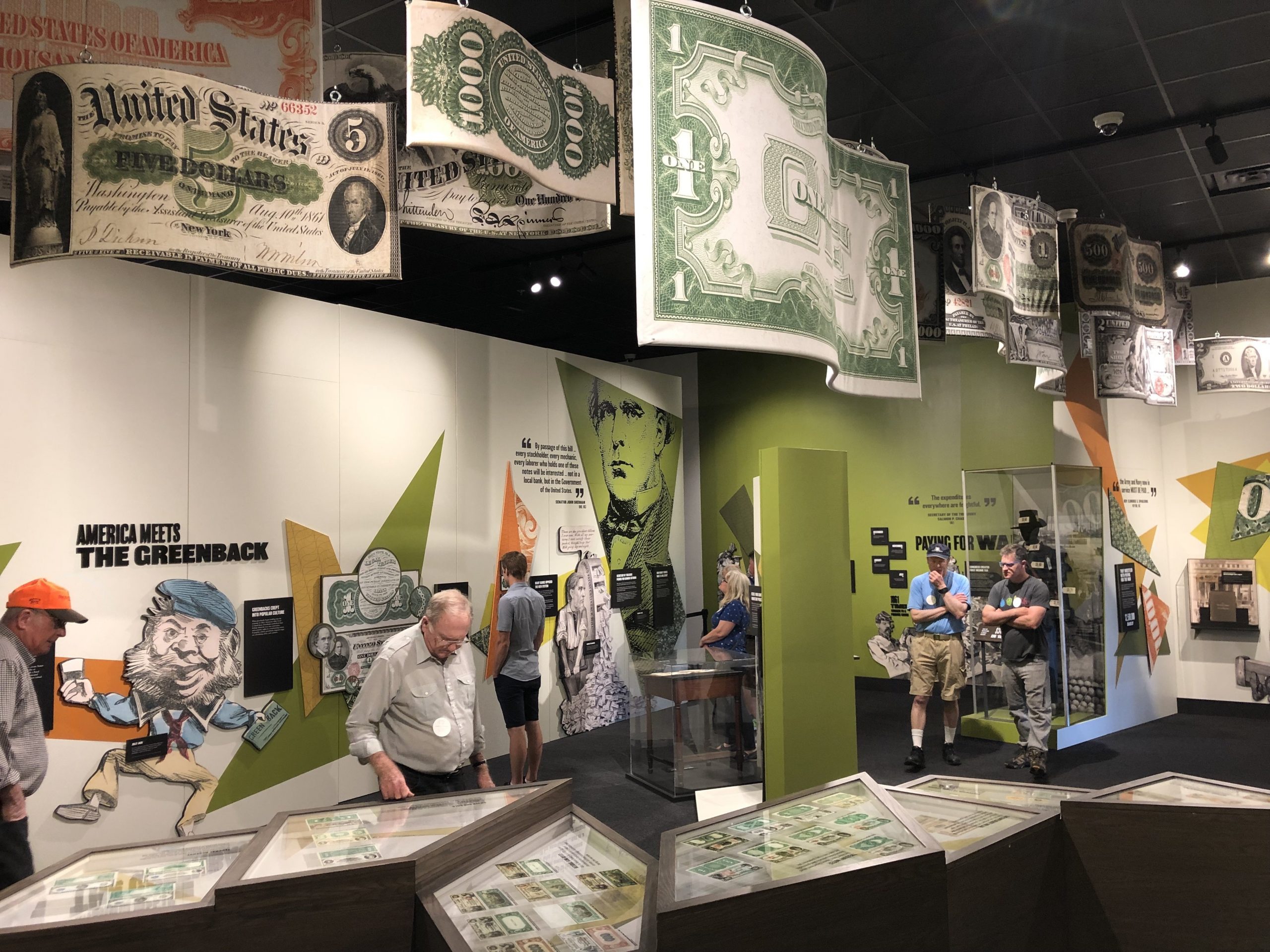 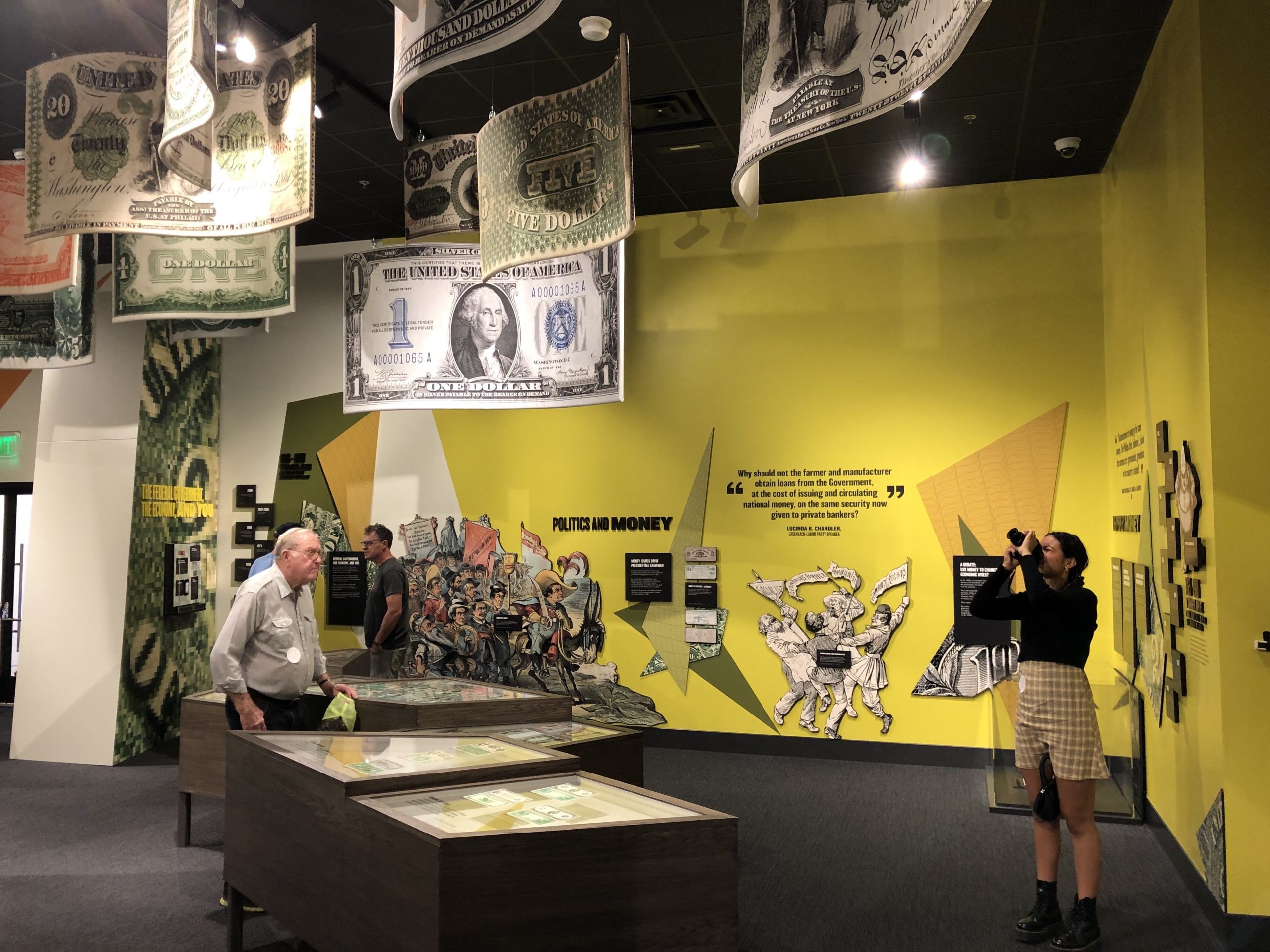 It was an honor that our client Solid Light, Inc. selected Van Straaten Group’s US subsidary CEES SMIT, Inc. to contribute to the visual storytelling of this great project. Van Straaten was selected due to its experience with creating visually enganging exhibitions, fast way of working and eye for detail

Van Straaten is proud of its involvement and contribution to this succesfull exposition. Want to know more about our museum and gallery projects do please visit https://www.vanstraaten.com/industries/museums-theatres-and-art-galleries/

For the general exhibit, a collection of historic flags were printed on Blockout Stretch and framed onto our single sided aluminum extrusion profile, type Heavy 27, and they were hung from the ceiling throughout the exhibition. Sizes varied.

For a temporary exhibit named “Greenback America”, that visualizes what role money played during the war, a number of historic dollar bills were enlarged and displayed as pillow cased graphics on 3,8 cm round tube frames. The material used was Blockout Stretch. The level of details, finesse and craftsmanship are evident throughout the entire museum, and it has been great to see great things created with a high level of professionalism, which both companies stand for. 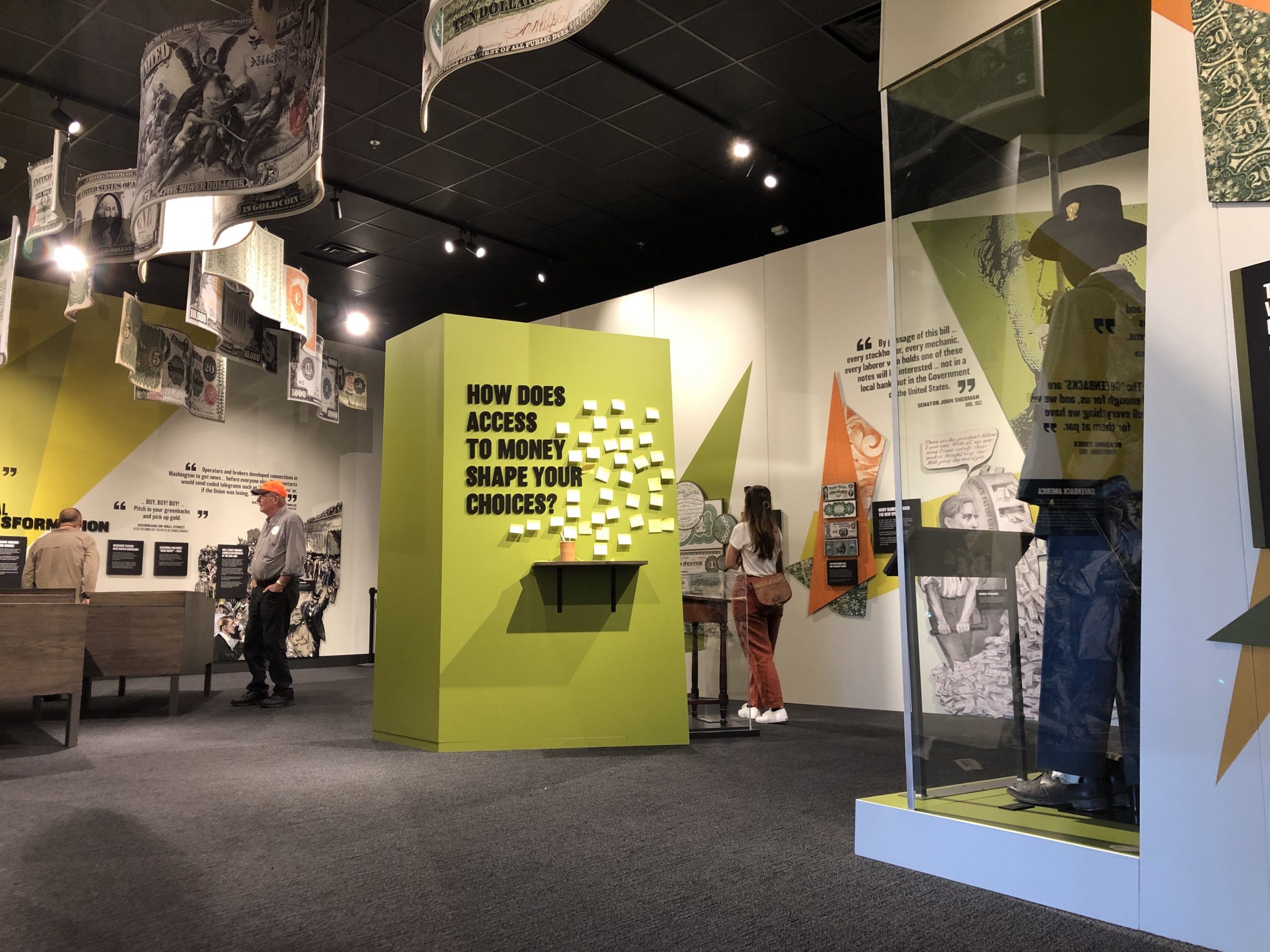 We specialize in tradeshow solutions that include 3D printing, electronic printing, and animated LED.

All of our exhibition concepts are built and pre-fitted prior to being delivered, fitted or installed on location.

With offices in the U.S. and Europe, CEES SMIT supports customers on a global scale with building brands.